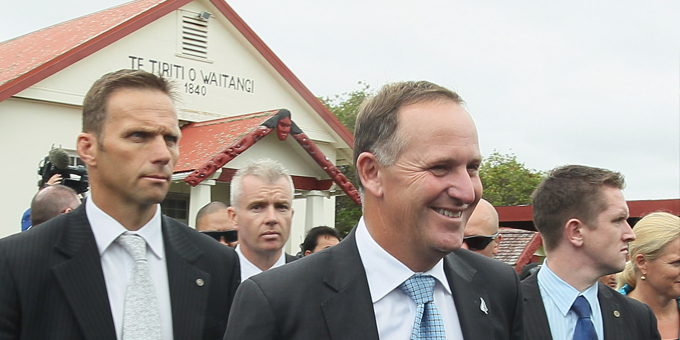 In his annual Waitangi address to a Prime Minister’s Breakfast at the Copthorne Waitangi Hotel, Mr Key said the outlook for Maori and Maori-Crown relations are mostly positive.

But he says there are a small but vocal few who are unable or unwilling to see the world through any lens other than that of Maori disadvantage.

“Those headline-seekers know they will get much more attention by being flamboyant and negative than they will by being considered and positive.

“The problem is that sometimes their diversions – including here at Waitangi – are not only distracting, but they can contribute to putting at risk the public consensus that exists towards the process of settling legitimate Maori grievances,” Mr Key said.

He said it was that consensus that allows the government to be innovative about ideas for lifting Maori educational achievement and economic participation.

Mr Key highlighted his government’s record in signing 33 deeds of settlement for historic claims in its first four years, compared with 59 in total since the process started 20 years ago.

He says the government is putting a lot of effort into unlocking Northland’s potential, including improving road links with the rest of the country and encouraging exploration for oil, gas and minerals, but the biggest stimulus will come from treaty settlements which will inject several hundred million dollars into the region’s economy.

He encouraged claimant groups in the region to resolve the last remaining difficulties which stand in the way of the final settlements being signed.

Treaty Negotiations Minister Chris Finlayson has given Ngapuhi until July to make changes to the deed of mandate for negotiating group Tuhoronuku, including changing its electoral composition and making it legally independent of the Ngapuhi Runanga which set it up.

There is also progress being made in the far north, with the Waitangi Tribunal’s rejection of Ngati Kahu’s demand for a compulsory $260 million settlement clearing the way for land and forests to be transferred to other iwi.

Mr Key praised the Iwi Leaders Group and the Maori Party for their constructive mindset, but he did not mention the New Zealand Maori Council, which is challenging his policy if selling state power companies because it believes it will cripple the Crown’s ability to settle claims for natural resources such as water and geothermal resources.

After the drama over who should accompany Mr Key on to Te Tii Marae, the so called Grannygate, the Waitangi Day ceremonies were relatively calm.

At the Dawn Service in the Whanre Runanga on the Treaty Grounds, Mr Key led a prayer praising the courage, wisdom and foresight of those who laid the foundation for the country at that place in 1840,and also paid tribute to New Zealand troops overseas and the late Sir Paul Holmes. 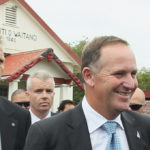