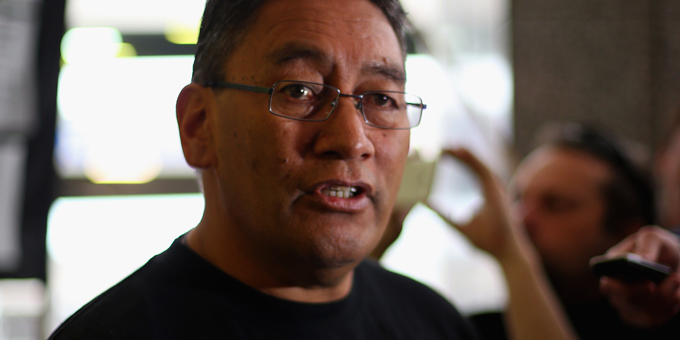 Mana leader Hone Harawira says it will take more than the half day the prosecution is setting aside to defend himself on charges stemming from a protest against the removal of state houses in Glen Innes.

The Tai Tokerau MP was remanded to March 19 for hearing on the charge of blocking a police car.

As Harawira entered the court, members of the Glen Innes State Housing Action Group, held up a banner which read ‘No tolerance for Corporate Greed’.

As security moved in, the judges said the banner could as long as those holding it remained silent. Mr Harawira caused consternation by answering the charges in Te Reo Māori, wished the court resolved by asking Māori Television Presenter Heeni Brown to translate.

He said he will defend himself in March and he will have a lot to say. 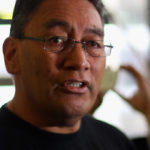